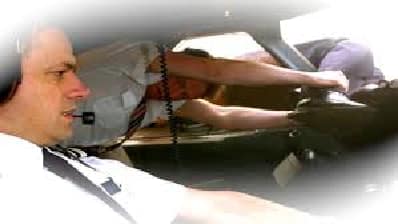 Airway is the safest ways of transport in today’s world. This has been achieved by continual improvement by way of analyzing failures & putting strict compliance to findings. This is dedication of airlines & related agencies to work for safety of the passengers.
The incident on British airways flight 5390 is an example of how meticulously the investigation had been done.
Root Cause Analysis is not to find who did it, but why it was done.
Incident:
Near crash of British air ways flight 5390 from Birmingham to Spain. Wind Shield blown out & the chief pilot got sucked outside the cockpit at an altitude of 17300 feet.
Brief:
British airways flight 5390 took off from Birmingham airport to Spain on 10-June,1990. Couple of minutes after take-off, the wind screen got blown away. The vacuum generated, sucked the pilot outside the cockpit. His legs remain stuck inside cockpit. The crew had to hold on his legs, otherwise, his body, if released can flew into the engine, thereby taking down the plane. The Co-pilot took control of the situation & landed the plane safely on Southampton airport safely after 22 minutes in air. All persons on board was saved. The chief pilot immediately sent to hospitals, he had few fractures & mental trauma. Luckily, he could recover & managed to fly after 5 months.
Findings:
The investigating officer collected all the evidence from the plane first hand. He found that the wind screen was fitted from outside the cockpit. Few of the bolts were missing. He took samples of installed bolts. As per maintenance history, the wind screen was replaced a night before. 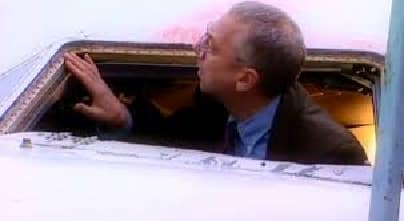 He interviewed the technician. He found removed bolts in dustbin. His observations were:
1. The technician was very experienced & has over confidence.
2. He matched the removed bolts, but did not refer the catalogue for correct size.
3. The size of bolts used was one unit smaller then recommended.
4. He was not having proper approach while fixing the windscreen & has to lean in awkward position.
5. He was having time pressure to fix the windscreen as the flight was scheduled for flight tomorrow morning.
6. There was no other engineer/supervisor to verify his job.
Root Cause Analysis:
As the plane achieves an altitude, there is difference in pressure inside & outside the cockpit. The windscreen was fitted from outside the cockpit and thus had to work against this pressure. During investigation, it was found that the bolts used was a size smaller that the correct size. As differential pressure increased, the bolts could not hold on & started giving away. The wind screen got blown out.
Further, investigation found that the removed bolts were also of wrong size. The technician tried to found a match with removed bolts without referring catalogue.
The Reasons can be categorized as follows:
1. Physical factors:
a. The Wind screen was fitted from outside as per design. Thus has to work against vacuum. The design was not adequate.
2. Human Factor:
a. The Technician did not refer catalogue and believed his knowledge.
b. The Technician continued to work in awkward position & had not firm grip on screw driver.
3. System Factor:
a. The job done was not verified by second person, being of critical nature.
There is always a system factor behind every incident or a near miss.
Probability of occurrence of this incident would have been minimized, if the wind screen had been fitted from inside. Also, If the airlines have redundant system check in place for critical jobs done on aircraft, this error would have been caught beforehand.